Born in 1980, Minh-Tâm Nguyen was trained at the Conservatoire national supérieur de Musique et de Danse de Lyon in Jean Geoffroy’s class after being awarded of the Percussions Prize at the Conservatoire de Nice. During his studies, he has been awarded of the First Prize at the International Percussion Competition of Luxembourg with the Trio Yarn, and got a Second Prize at the 2002 International Vibraphone Competition of Clermont-Ferrand. In January 2003, he was drafted by the Arcosm company for the show ECHOA, as percussionnist and also dancer.  He teaches percussions as professor at the National Superior Conservatory of Music and Dance in Lyon. 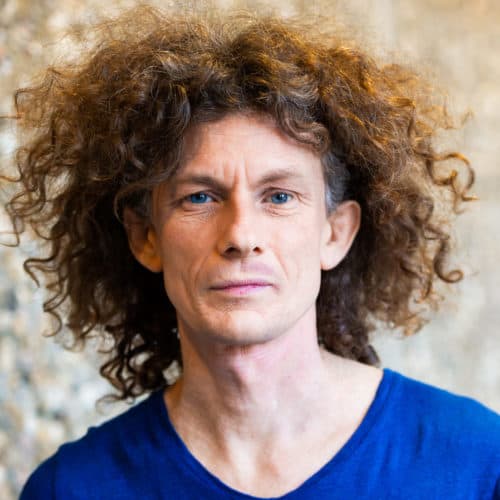 François Papirer was born in 1970 in Mulhouse, France. He awarded the gold medal, the Accessit First Prize and the Regional award the Mulhouse Academy of Music in 1990 – 1991. He obtained Diploma from the Freiburg-in-Breisgau School of Music in 1996; was a teacher of Percussion at the Délémont Conservatoire, Switzerland. He developed a passion for Indian drums (tablas). In 2004, he awarded the international programme “Hors les Murs” from the Médicis Villa. 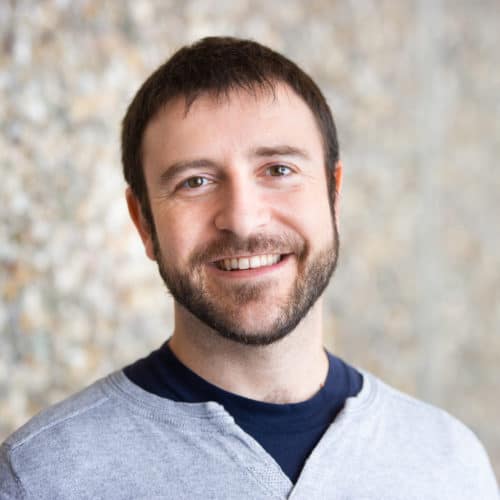 Born in 1982, Thibaut Weber studied in Metz, he entered the Conservatoire National Supérieur de Musique in Lyon, with professor Jean Geoffroy, where he received his Master degree in 2011. Thibaut Weber is also timpanist in the Paris Police Orchestra, and is regularly invited to perform with several French orchestras (Lille, Lyon, Toulouse…). As a chamber musician, he played in the Ensemble TaCTuS and in the improvisation quartet “Le Grümophone”. Thibaut teached chamber music and sightreading in the CNSM of Lyon during the year 2017/2018.

Born in Argentina in 1985, Enrico Pedicone is a percussionist interested in very different repertoires. During his studies in Strasbourg with Emmanuel Séjourné, Denis Riedinger and Stéphane Fougeroux, he obtained his B.A. in 2011 and his M.A. in percussions at the Rhine’s University Arts College (HEAR) in 2013. Afterwards, he enrolled in the Electro-acoustic Creation and Interpretation course given by Tom Mays. He currently performs with bands from contemporary to rock, and also free improvisation. Enrico Pedicone is also percussionnist accompanist for centre chorégraphique de Strasbourg.

Born in 1991, Rémi Schwartz studied percussions in la Haute Ecole des Arts du Rhin in 2011 with Emmanuel Séjourné, Stéphane Fougeroux and Denis Riedinger, from which he graduated with a Master’s degree in 2017, with honours. He was awarded two international First Prizes (2010, PAS Italy / 2013, ConUco Cordoba), as well as the Prize of Ville de Strasbourg in 2011 and performs as a soloist with several orchestras and instrumental ensembles (Cordoba Symphony, Strasbourg Philharmonic, Ukho Ensemble). He is a co-creating member of the Baka Trio, with whom he performs all over France, offering original creations imagined for young audiences (shows, workshops, musical classes, film-concerts). Strongly committed to pedagogy, he is also a state-qualified percussion teacher and always devotes an important part of his projects to transmission.

Born in 1987 in Taïwan, Hsin-Hsuan got her Artist Diploma at the CNSMD de Lyon with Prof. Jean Geoffroy in 2018. She was soloist of World Percussion Group at 2017 and  the same year she become member of Daidalos Quartet (1st prize of International Percussion Competition of Luxembourg). She won third prize at the International Percussion Solo Concerto Competition at PASIC at 2011 and has been invited to performed at Israel, Austria, China, Japan and Thailand as soloist and chamber musician. She held recital at Taiwan every year since 2011. Hsin-Hsuan has been assistant teacher for the CNSMD percussions class in Lyon. 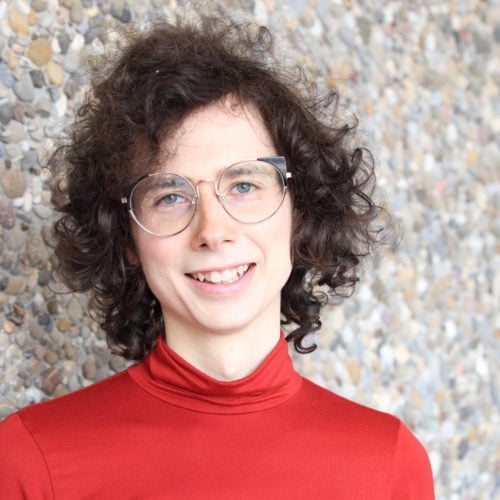 Born in 1991, Flora Duverger studied percussion in Angers and then in Jean Geoffroy’s class at CNSMD Lyon. As part of her Master’s degree, she is interested in the relationship between music and image and directed her first short film Corps Etrangers. In January 2015, she created the show Addictions with the contemporary dancer Loulou Carré. Wanting to push further the cohesion between the different arts, she began to write two new shows: Vous êtes un désordre (2016) and My Head Is A Jukebox (2018) that mix music, dance, theater and video. Her transversal practice led her to collaborate with the world of other artists such as Emio Greco and Pieter Scholten for the musical creation of the choreographic show Non Solo Medea – Ballet National of Marseille, or with the Chinese composer Qingqing Teng, whose sensitive electro-acoustic music allows her to develop performative works where the expressiveness of the body and the theatricality of the musician are at the heart of the artistic process. 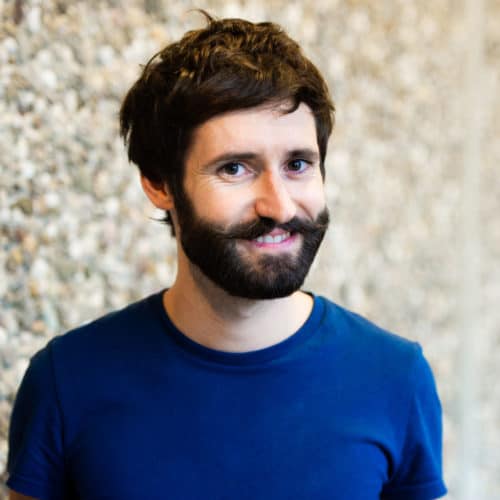 Born in 1987, Alexandre Esperet studied percussion at the conservatories of Avignon, Créteil, and CNSM in Lyon with Jean Geoffroy. Finalist at the Geneva International Competition in 2009, he wins the Tromp International Percussion Competition in Eindhoven (2012). He is co-founder and member of SR9 trio, with whom he wins the International Percussion Competition of Luxembourg (2012) and of music theater company Kahlua. Alexandre also performs as a soloist worldwide. Since 2015 he has been a guest teacher at the Royal Conservatory of the Hague and he is currently assistant teacher for the CNSMD percussions class in Lyon. 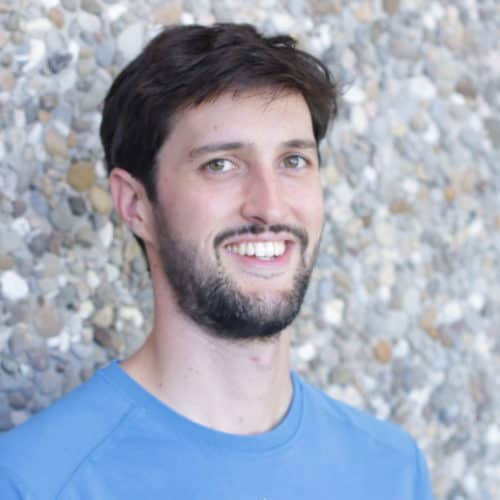 Born in 1991, Théo His-Mahier began his musical life as a drummer at 7 years old. To open his artistic perspectives, he started percussion in Caen in 2007. After two years in Rueil-Malmaison, he entered the CNSMD of Lyon in Jean Geoffroy’s class, where he got his master degree in 2018. At the same time, his drummer career brings him to explore various (but never conflicting) aesthetics, like contemporary music, jazz, free improvisation or metal. He is member of Tante Yvonne Jazz Tentet and regularly collaborates with the Ensemble Tactus (livemusic, theatre, drawing, juggling) and the collectif A/R (dance and percussion). 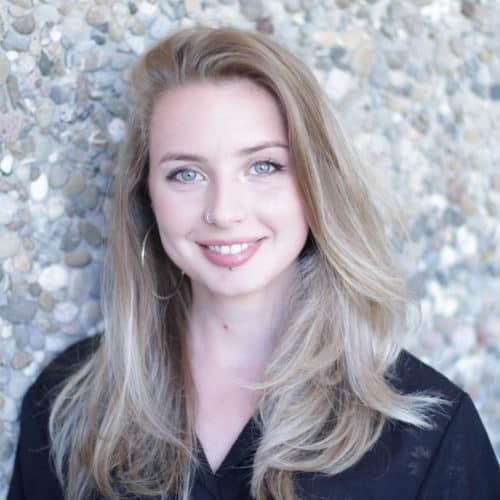 Born in 1996, Olivia Martin began percussion at the CRR of Nice in the class of Minh-Tâm Nguyen. She then studied piano, dance, singing, electric guitar and electro-acoustic composition. While still in high school, she left the Mediterranean to study at the CRR of Paris with Frédéric Macarez, Philippe Labadie and Eric Sammut. There she obtained her scientific baccalaureate two years later and then her DEM in percussion. She entered the Conservatoire National Supérieur de Musique et de Danse of Lyon at the age of 18 in the class of Jean Geoffroy, Minh-Tâm Nguyen and Henri-Charles Caget. The following year she was a laureate of the Northwestern University International Percussion Competition in Chicago. She obtained her master’s degree in 2019 and today collaborates with the GRAME (Centre National de Création), the TaCTuS ensemble, Les Nouveaux Caractères, the Écoute ensemble, the Théâtre National Populaire, the Lyon Chamber Orchestra and the Orchestre Prométhée. 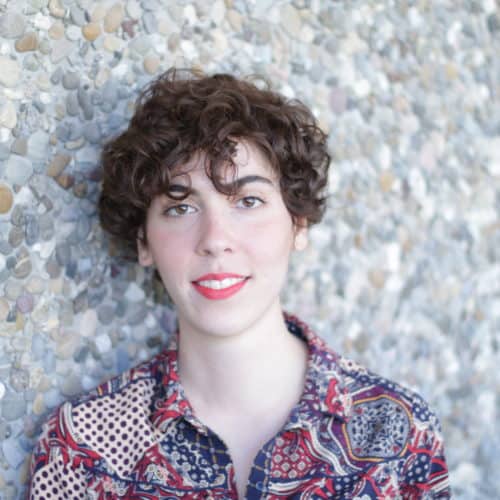 Born in 1989, Lou Renaud-Bailly joined the CNSMD of Lyon in the class of Jean Geoffroy, Henri-Charles Caget and Philippe Labadie, and obtained her master’s degree in 2017. Raised awareness among musical theatre, improvisation and ancient music, her identity is refined through contact with composers ; she works in close collaboration with many of them, including Bertrand Plé, François Vallet and Maxime Mantovani. With this in mind, she undertakes her Artist Diploma, at the end of which her first show, Chroniques Cosmiques, is created. Her taste for creation was affirmed alongside the members of the TaCTuS ensemble in the show for young audiences L’appel de la Forêt and then with L’Arbre en Poche by Claire Diterzi. In addition, Lou is frequently invited to play in orchestras and early music ensembles such as the Orchestre National de Lyon, the Opera de Lyon, the Opera de Saint-Étienne, the ensemble Correspondances… Her recorder and percussion duo, alongside Clémence Niclas, will soon be premiered in partnership with the Jeunesses Musicales de France for the 2021-2022 season. 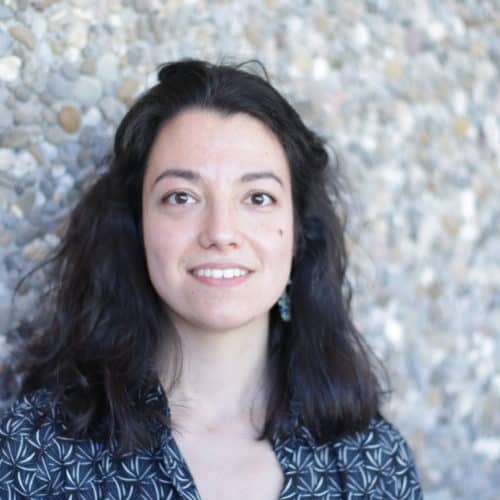 Born in 1994, Léa Koster began music at the age of 6 with percussion and piano, and early on revealed a taste for improvisation and composition. At the age of ten, she deposited her first works at the SACEM and then won second prize in the Perku en Herbe competition. In 2013, she composes on a short story by Emma Rouan, a radio play, which will be broadcast on France Bleu Béarn. After obtaining a Bachelor’s degree in musicology at the University of Paris-Sorbonne, Léa enters the CNSMD of Lyon, in the class of Jean Geoffroy, where she obtains her Master’s degree in 2019. As a member of the Khimaïra trio, she participates in the conception of the show L’Ami Imaginaire, which mixes theatre, scenography, sound creation and reappropriation of works from the contemporary repertoire.
Léa has also performed on several occasions within various symphonic formations (Orchestre de Pau-Pays de Béarn, Opéra de Saint-Etienne, Orchestre National du Capitole, Orchestre National de Lyon). 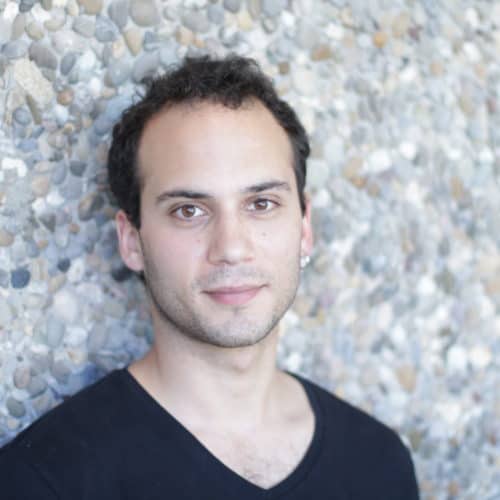 Soloist with the Percussions de Strasbourg since 2020

Emil Kuyumcuyan was born in 1993 in Istanbul. He began his percussion studies with Turgut Mehmet Sökmen at the Mimar Sinan State Conservatory in Istanbul and continued his studies (Bachelor, Master) at the “Staatliche Hochschule für Musik und Darstellende Kunst” in Stuttgart with Marta Klimasara and Klaus Dreher. He then entered the CNSMD of Lyon in 3rd cycle – Artist Diploma, with Jean Geoffroy. It is during this period of research that he creates his show “Istanbul – the roots”. He won the 3rd prize of the “International Percussion Competition Luxembourg” (2012) with his trio and the first prize of the “Stockholm International Music Competition” in the category of solo instruments (2014). In 2016, Emil Kuyumcuyan won first prize in the “Tromp International Percussion Competition” and also received the DAAD prize. Emil performs all over the world as a solo percussionist and chamber musician in various formations. Parallel to these activities, he composes and teaches percussion. 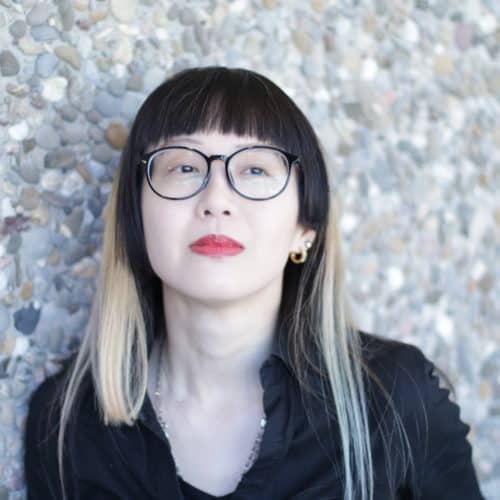 Soloist with the Percussions de Strasbourg since 2020

Yi-Ping Yang first studied percussion at the CRR of Boulogne-Billancourt in the class of Michel Cals, then at the CNSMD-Lyon with Jean Geoffroy, as well as at the Conservatoire de Musique de Genève (HEM) in post-graduate studies.
Winner of numerous international competitions, including the 1st Prize with the “Trio YARN” at the International Percussion Competition of Luxembourg, the 1st Prize at the Concours international de timbales de Lyon and the 1st prize at Tromp International Music Competition of Eindhoven, she is invited as a soloist to numerous collaborations with GRAME since 2004 and as a member of the Ensemble Orchestral Contemporain since 2001.
She also created theatrical works as musician and comedian with Cie des Luma, at Théâtre des Ateliers de Lyon, la Comédie de Valence, Cie Athra, Cie Lea, Cie Monika Neun and at the Centre Dramatique National Montluçon.
She is also a guest professor at the Shanghai Conservatory of Music and has been a lecturer at the Conservatoire of Lyon since 2012. 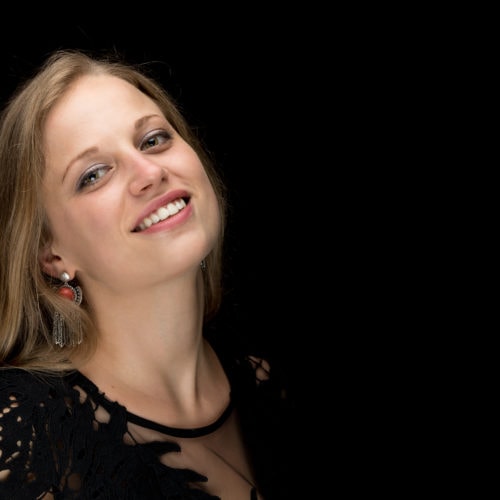 Vanessa studied at the „Royal Collage of Music“ in London (David Hockings), the „Musikhochschule in Lübeck“ (Johannes Fischer) and completed her master’s degree at the “Staatliche Hochschule für Musik und Darstellende Kunst“ (Marta Klimasara, Klaus Dreher and Jürgen Spitschka).
As a soloist Vanessa Porter combines current works with improvisation, electronics and the performing arts and collaborates with renowned composers such as Georges Aperghis, Zeynep Gedizlioglu or Jennifer Walshe and Ensembles such as Ensemble Modern and Ascolta Ensemble.
After various successful competitions, she will perform as soloist of the ECHO-Rising Stars in the most renowned European concert halls for the concert season 22/23.